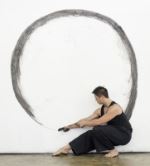 Tai Chi is a “soft internal” martial art. It’s slow, meditative practice makes it suitable for students of any age, in any physical condition. The Chinese characters for Tai Chi Chuan can be translated as the 'Supreme Ultimate Force'. The notion of 'supreme ultimate' is often associated with the Chinese concept of yin-yang, the notion that one can see a dynamic duality (male/female, active/passive, dark/light, forceful/yielding, etc.) in all things. 'Force' (or, more literally, 'fist') can be thought of here as the means or way of achieving this ying-yang, or 'supreme-ultimate' discipline.

Tai Chi Yang style, which we practice can perhaps best be understood as a moving form of yoga and meditation combined. There are a number of forms - empty hand and with weapons (swords and fan), which consist of a sequence of movements. Many of these movements are originally derived from the observation of the natural movements of animals and birds. While Tai Chi can also be viewed as martial art, the emphasis is on its health aspects nurturing within each person their own chi (energy). One of its aims is to foster a calm and tranquil mind, focused on the precise execution of exercises and forms. Learning to do them correctly provides a practical avenue for learning about such things as balance, alignment, fine-scale motor control, rhythm, and the flow of movement from the body's vital centre. Tai Chi is performed in slowly, softly and gracefully with smooth and even transitions between them. 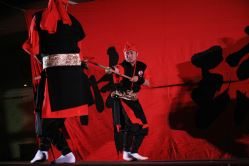 Yushinkai Kubujutsu is a martial arts that originates from Ryukyu, a small island of Okinawa where for hundreds of years, islanders were subjected to Chinese and Japanese domination. Because they were not allowed to carry weapons, the islanders developed a very high degree of skill in using farm implements, which they integrated into their empty hand martial arts practice. The style is divided into Karate – empty hand arts ; Emono Jutsu (weapon arts).

The founder is Mtokatsu Inoue O’Sensei from Japan, who spent his life learning and mastering a number of traditional martial arts forms. The ethos of Kobujutsu is contained in what he said once, “The warrior must be a scholar and the scholar a warrior. The pen and the sword are not separate. We train to educate the mind and a healthy mind will in turn teach the body. This is a lesson of balance.”

Many of the weapons – bo (staff), sai, tonfa, nunchaka can be seen as farm implements that were adapted. By learning empty hand (including aikojitsu), weapon training and a holistic approach to martial arts you develop kokoro (heart, mind and spirit). The style is different from many more popular forms of modern martial arts around the world in that it stresses the practice of traditional martial arts and does not promote competitions or contact forms. 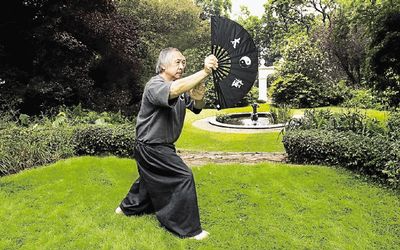 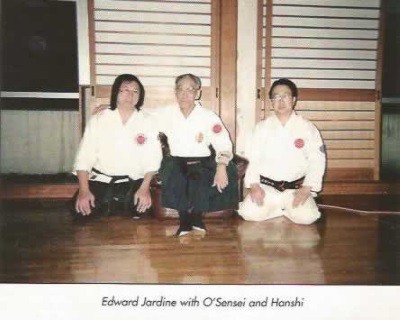 A little bit of history

Sifu and Shihan Eddie Jardine, founder of the Tai Chi International Society and Yushinkai in South Africa has been on an in-depth journey in martial arts for nearly five decades. His openness to learning and studying of various forms took him on many trips to China and Japan. Eddie was fortunate to meet O’Sensei Gansho Inoue, chief instructor of Yushinkai in Tokyo, Japan. It led to a fruitful relationship and the expansion of Yushinkai to many countries throughout this holistic martial arts style enjoys a strong presence in Japan and the rest of the world.

Sifu Eddie began teaching Tai Chi in the late 70's that evolved into the International Tai Chi Society, the first school to be registered in South Africa. He was taught by a number of masters in different Tai Chi forms throughout Asia. After many years of walking the path, he focused on the Yang style which is oracticed widely throughout the world. The Tai Chi Society besides regular classes, runs specialist workshops throughout the country.

One of the most import aspects of learning, is the teacher you choose. Being taught with the right heart and mind will guide you on your path to martial arts. The spirit within which we practice is based on respect for each other and the philosophy that everyone learns from each other - the master learns from the student and the student learns from the master. This transfer of knowledge is enshrined in the concept of yin/yang.

Please select an area that suites you. 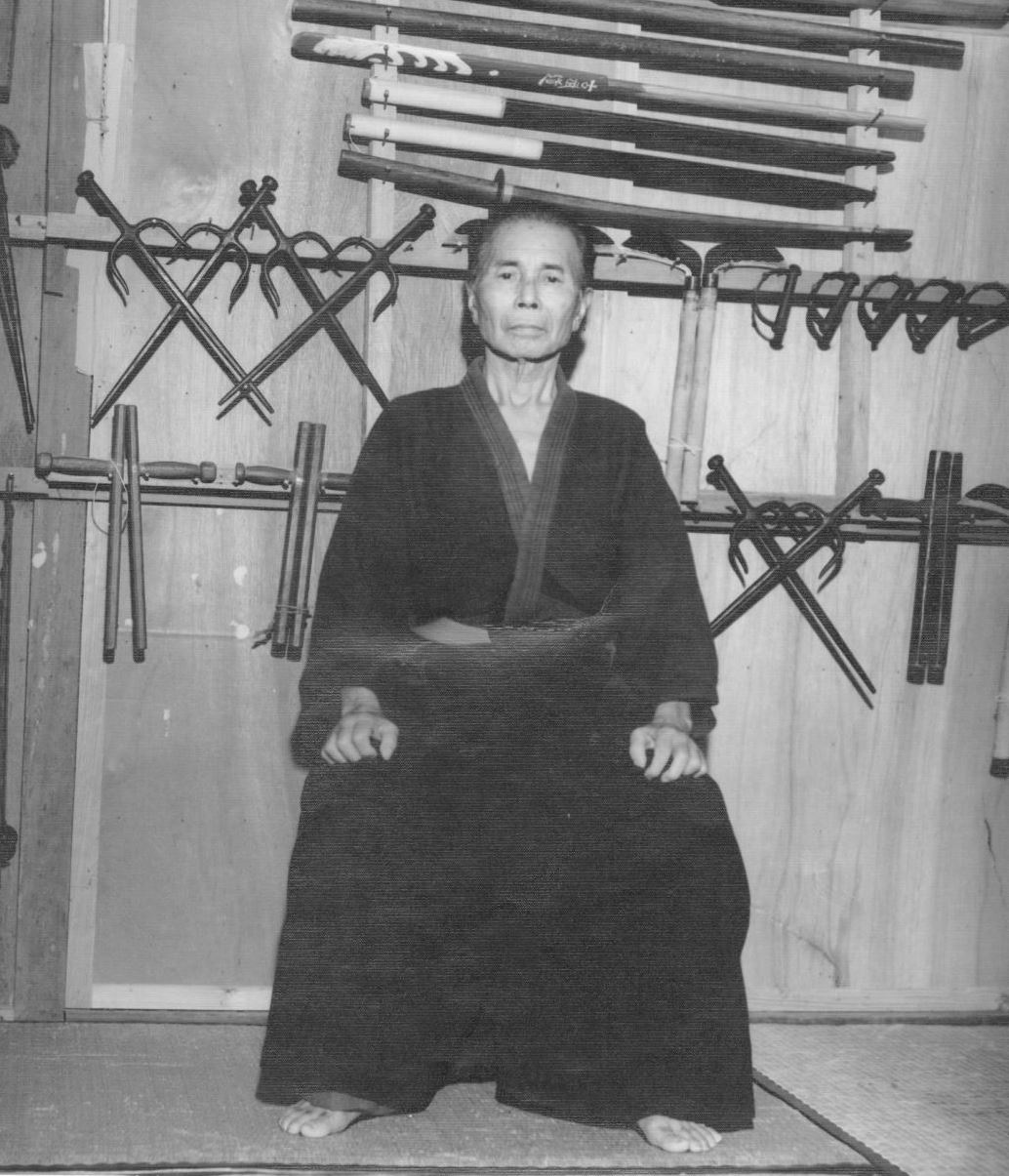 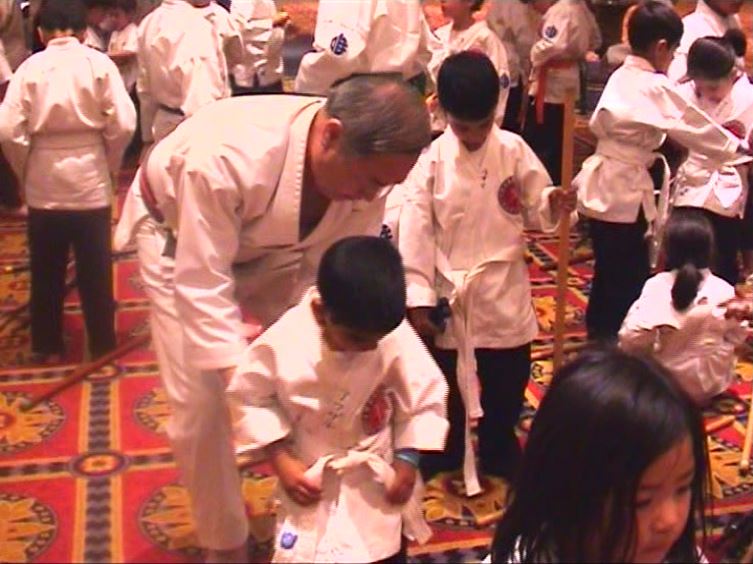 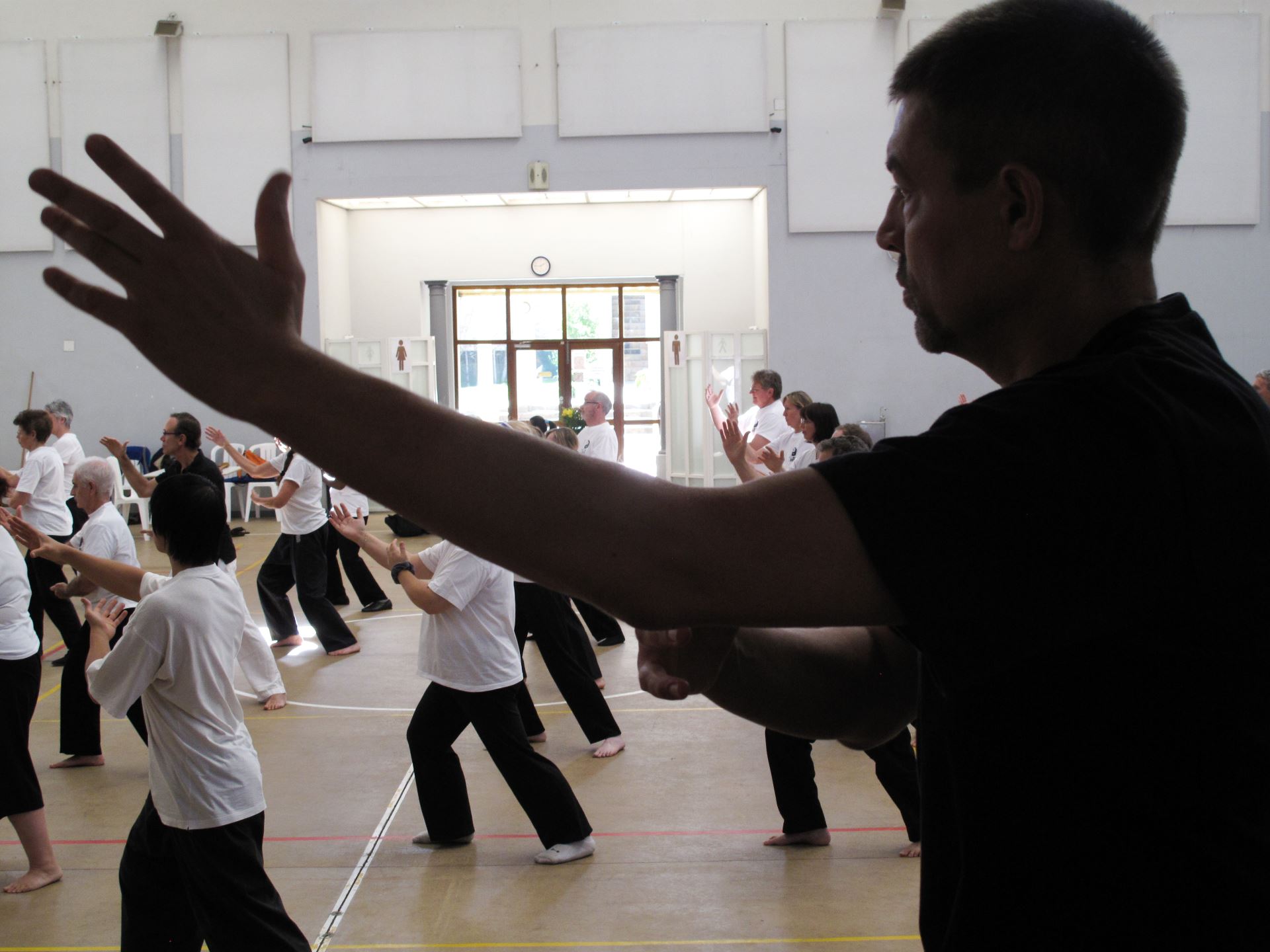 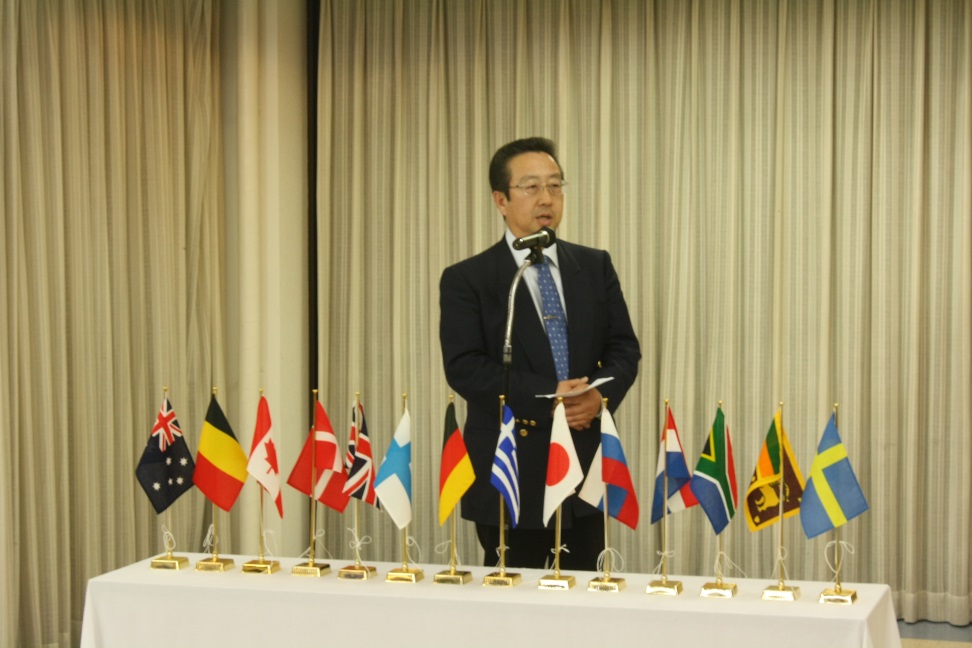 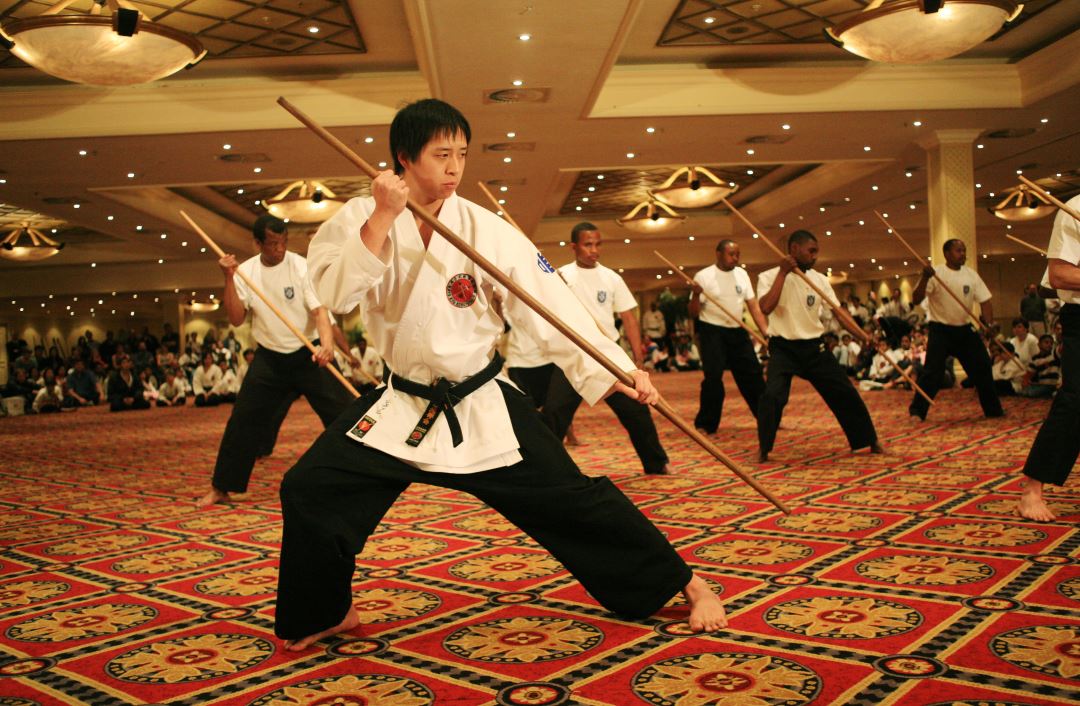 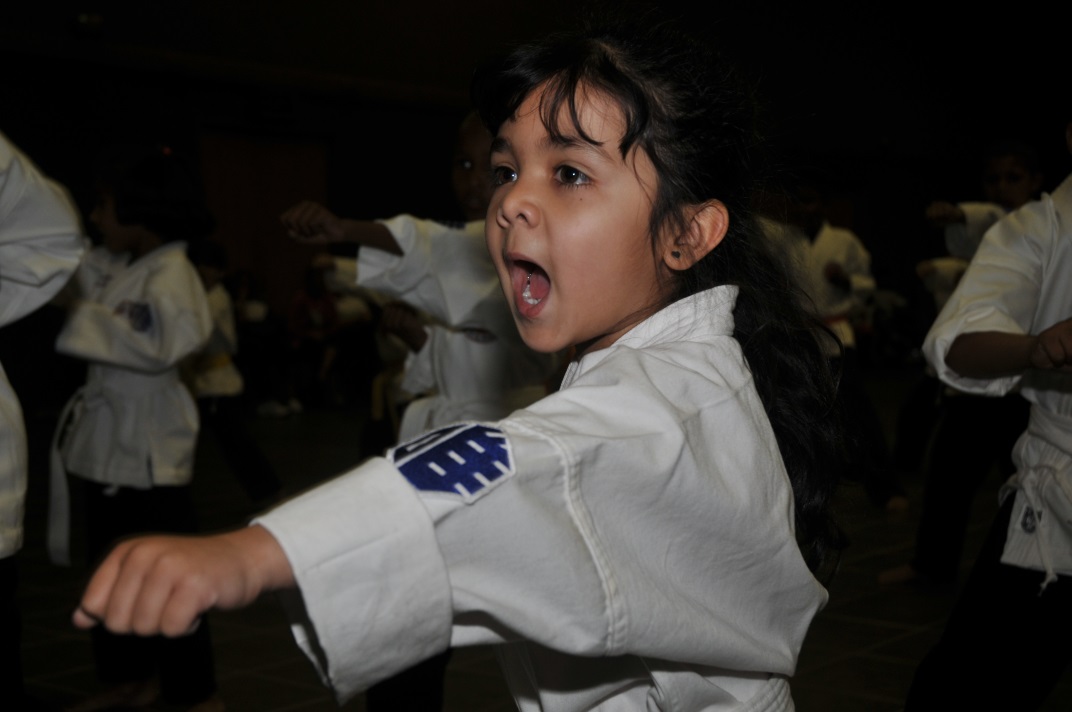 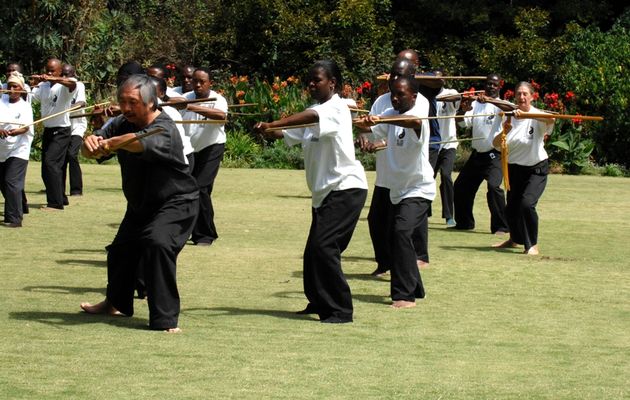